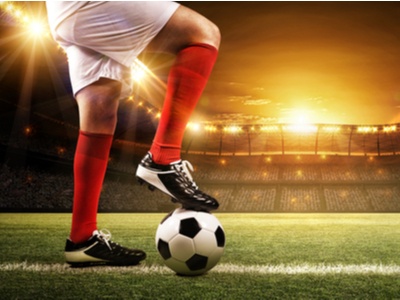 The upcoming football season is already different than any other season ever. Everything aspect of the season is uncertain and everyone from management to leagues to teams to sports bettors are prepared for the situation to change from one minute to the next.

Even if you aren’t sure what to expect from this year’s season, one thing is sure – the SlotoCash online casino will provide plenty of football action where slots players can always engage in football entertainment whenever and from wherever they want thanks to the Football Frenzy online slots.

Around the world, football leagues are kicking off an uncertain season. As managers scramble to keep their teams on the field, star players are being isolated from their teammates, games are being postponed or moved to neutral venues and fans are nowhere to be seen in the stadiums.

The coronavirus pandemic is a tough opponent. National league games are starting and a tightly packed schedule is on the calendar. But football fans can expect a season of surprises. No one is sure what to expect. Will the season be fully played out? Will all the players compete? How will the games look without fans?

The 2019-2020 season stretched beyond one year in some countries. That means that this year, there is only an eight-month year for the 38-game leagues. Last season’s games were completed late and now the leagues are working with public authorities as they try to figure out if and how they can bring fans back to the games. Jacco Swart, managing director of the 29-nation European Leagues network said, “They have to struggle and battle for this every day……“The big question is when are we going back to normal and what is going to be the definition of normal by then?” Some leagues have kicked off and it’s already clear that the season will be unpredictable.

One of the first games took place earlier this month when Paris Saint-Germain set out to defend its domestic title. A number of the team’s star players, including Neymar and Kylian Mbappé tested positive for COVID-19. In the Scottish League, Aberdeen and Celtic are already two games behind schedule after an August lockdown for the city of Aberdeen following a local spike in infections.

Swart is suggesting that some teams might end up playing their games in neutral cities because of local lockdowns. In addition, said Swart, “new kickoff times, maybe new match days, playing domestic league matches on days which have not been (used) regularly until now, can be foreseen.”

Observers believe that the biggest worry for standings and league programs would arise if a club enters bankruptcy. In such a case, the club could drop out and the results would be wiped from the record. Swart acknowledges that “In today’s situation, not only within football but within the entire economy, it would be unrealistic to say that things like that could not happen”

That scenario is one that European club leaders have been warning about for month. Clubs in Europe are showing a collective combined 2020 and 2021 revenue shortfall of 4 billion euros ($4.5 billion). Broadcasters are due to receive hundreds of millions of dollars in rebated income for disrupted schedules last season.

Many of the clubs in smaller leagues are relying on cash from hospitality sales and matchday tickets. That means that the leagues’ top focus is bringing back the fans – even on a limited basis. “Everyone is on the same page that we have one objective,” said Swart. “Football is becoming a real event again when we have the fans (in) the stands.”

In October, if the situation remains what it is today, fans will return to the stands  within strict limits in many countries. That means up to two-thirds of stadium capacity in October. However, a predicted winter rise in infections could change that. “Hopefully, but I am not sure if that’s realistic, by the end of this season we can have full capacity again,” Swart said. “With its special place in European culture, football has shown “a very good example for the entire society that we can deal, and we have to deal, with the new circumstances.”

One thing that won’t change will be the easy access to a fun-filled pre-game or post-game Football Frenzy slot where slots gamers can enjoy some online casino real money fun and excitement when they play on their PC or handheld mobile device.

Football Frenzy online slot is a great casino adventure for football fans and slots enthusiasts. Football aficionados who are looking for some of the excitement, the anticipation, the camaraderie and the atmosphere of sportsmanship that they find in a live football match will thrill to that type of action on the gaming screen.

The game is suitable for high rollers and budget players alike. Line-bets range from 0.01 coins to 0.25 coins with a minimum bet of 0.5 coins. Maximum bet is 12.5 coins. You can enable as few or as many of the 50 paylines as you like, regardless of whether you play on a PC or a mobile device.

The symbols also include both high-payout and low-payout symbol combinations. Matching beer icons earn you up to 200 coins while the team’s scarves and blowing whistles can be worth up to 400 coins. Sexy lady fans, players and footballs are valued at up to 500 coins.

The stadium symbol is the game’s scatter. If 5 Scattered Stadiums emerge on a regular game spin you'll win 500x your total-bet while three stadiums trigger the free bonus game. When those three stadiums appear on a regular game spin you can choose either the Lucky Mode or the Striker Mode bonus game. The Striker Mode pays out 3x prizes for all free spins wins while free spins retrigger in the Lucky Mode whenever a free spin results in three scatters appearing in any position on the reels.

Minor and major jackpots are randomly awarded after any spin.