7 of the Best Games for Board Game Fun 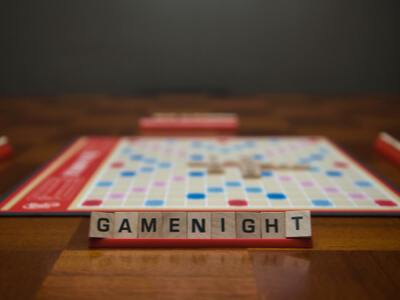 In homes across the world, family and friends spend less time in social interaction as they head to their rooms where they can entertain themselves with a PC, mobile device, console, tablet or some other type of technology. But you can shift the dynamic by putting away the electronics in favor of board game fun. There are board games for young and old, nerds and fluff-heads and everyone in between.

SlotoCash casino encourages online casino aficionados to take a break from the Sloto Cash casino lobby games to explore a different kind of non-tech recreation. Regardless of whether you are looking for an educational game to promote critical thinking skills  or simply some entertaining amusement with good-natured competition,  you’ll be pleased that you took the time for some board game fun.

There's a reason these classic board games have been around for ages: they're fun to play and sure to liven up any setting.

Some of the best board games include:

Chess dates back over 1500 years when it was played in India and then in the Arab world. Chess slowly made its way into Southern Europe and is today one of the best-known strategy games in almost every corner of the world.

Chess is played with two players, each of which has 16 pieces (a king and a queen, rooks, bishops, horses and pawns) that s/he needs to maneuver across the game board. The goal of chess is to protect your own king while trying to eliminate your opponent’s king.

There are different rules for how each piece can move – the king, for instance, can only move one square at a time in any direction while the queen can move horizontally, vertically and diagonally across the board.

Other pieces have their own rules. While only 2 people can play, it’s traditional to have observers who can watch and, sometimes, comment on the gameplay.

The Game of Life is appropriate for kids aged 8 and up but teens and adults will find plenty to keep them involved. In this game, each player receives a plastic car that s/he maneuvers around the board to take them through the different stages of life. This game attempts to mirror life events that include going to college, finding a job, buying a home, raising a family and retiring.

Players need to collect assets as they move through Life and at the end of the game, the player who has the most assets, wins. Assets are earned as you spin the wheel, land on spaces and then fulfill the tasks set out for you on the space on which you land.

Monopoly is a game of luck and skill. In the game, players (up to 8) roll two dice and move around the board based on their throw of the dice. Depending on the square on which you land you can either buy or trade properties, develop those properties with houses and hotels or fulfill a task that the square indicates that you must do.

To succeed, you need to develop a strategy since, as in any game in which rolls of dice are involved, luck is involved. Yet it’s necessary to combine that luck with a certain skill base as you strive to make the wisest decisions of what to do with your dice roll.

The goal of the game is to amass the largest amounts of assets possible (money and property) while driving your opponents into bankruptcy.

Playing Clue involves becoming a detective to solve the murder that occurred in Boddy Mansion. Every player becomes a suspect so you’ll need to divert suspicion from yourself while discovering who the real murderer is.

Each player moves his/her game iece through secret passages and rooms as depicted on the game board to search for clues that will answer the question, who murdered Mr. Boddy? In which room did the murder take place? What weapon was used? By following the clues you can answer questions. The first player to put the pieces together wins.

CandyLand is often the first board game that a child owns. In the game, which is appropriate for children ages 6 and up, each player races to find King Kandy who has gotten lost. As each player draws cards from the card stack he is directed to a different place on the board with each card indicating the next move by either picture or color. Players move through the candy cane forest, pass by gumdrop mountains and meet characters such as Princess Frostine and Mr. Mint.

Risk is a strategy board game in which players set out to capture and rule the world. The game is played using a map of the world which is spread out, with continents broken up into 42 territories. Players aim to conquer as many of the territories as they can while eliminating other players through diplomacy, alliances and warfare. Risk isn’t a game to play if you are pressed for time – it take upwards of a few hours to dominate the world.

There’s not much luck involved in Scrabble which makes it an excellent board game for people who want to exercise their brain cells. Up to 4 players can play Scrabble at a time. Each player picks 7 letters from the pot to create words on the board.

Every player must somehow attach his/her new word to a word that’s already been placed on the board.  There are differing amounts of the various letters – there are only one “Z”, “X” and “Q” for instance but two “Ys” and “Bs”. The more common letters, especially th vowels, appear more frequently.

Each letter has its own value and each player counts up the value of the word that s/he has placed on the board, with some letters and words getting double or triple value if they are placed on a square that delvers such a multiplier.